What in the world do all these technical terms mean, and how do they apply to social engineering?

Trust us, we know the lingo can be overwhelming to those outside of the cybersecurity industry. That’s why we decided to round a few of the most difficult or perplexing social engineering-related words and demystify them.

Malware is derived from the terms malicious and software. It refers to any software that is intended to damage or disrupt computer systems. Additionally, malware may be used to gain unauthorized access to computer systems.

An attacker created a piece of software that, when installed on a computer system, causes the computer to crash. That software is known as malware.

A computer got infected with malware and here’s what happened next: the C2 server sent commands back to the malware to encrypt the files on the infected computer. The malware then reached out to the C2 server for further instructions. Here, the hacker sits behind a keyboard telling it exactly what to do. 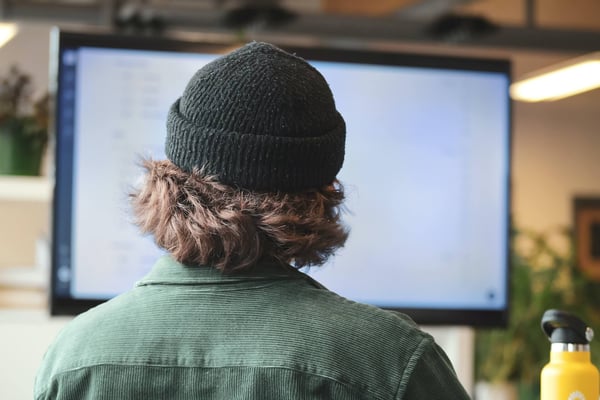 Phishing is the act of sending malicious emails, intended to fool or manipulate a victim into divulging sensitive information or performing actions damaging to the system.

Spear phishing and whaling are specific types of phishing. Spear phishing refers to a phishing email that is highly targeted. Essentially, the sender of the spear phishing email has done their research on the target and crafted an email explicitly designed for them— piercing them like a fisherman would stab a single fish with a spear.

Whaling is similar to spear phishing, but rather than the target being just anyone, whaling emails target high-value individuals such as CEOs and company presidents. Think, the biggest fish in that company’s ocean: the whale.

Vishing and SMS phishing (sometimes referred to as smishing) are types of phishing that use voice calls and text messages rather than email to trick their targets.

A user received an email looking like it came from her bank. The fraudulent email requested that she reply with her social security number and birthdate so the bank could verify they have her information correct. However, the email did not come from her bank— rather— an attacker attempting to steal her data.

An attacker had performed research on a target individual's shopping habits. The attacker knows that the target often buys cosmetics from Amazon. With this knowledge, the attacker crafts an email that appears to be from Amazon regarding her recent cosmetic order. In reality, the email is a trick to get the individual to share her credit card information.

An attacker has performed research on a target company and drafted a fraudulent email targeting the company's CEO. The goal of the email is to trick the CEO into approving a high-value wire transfer that other employees in the organization do not have permission to perform.

An attacker is planning to target the HR department for an organization. The attacker found the name, email address and phone number of the HR director simply by searching for the company on LinkedIn and looking at their employees. The attacker in this scenario used OSINT to find the information they needed.

Pretexting refers to weaving a false story or narrative using as many true facts as possible to build trust and credibility. The purpose is to convince the target into a course of action, such as revealing sensitive information, permitting access to an unauthorized area or installing malicious software.

An attacker has arrived at an office building dressed in a suit and wearing a name badge that appears to be from the corporate office. The attacker speaks to the security guard stating that he is from out of town and is there for a crucial stakeholder meeting. The guard knows a stakeholder meeting is occurring this week, so he lets the attacker into the building without looking into his credentials further. 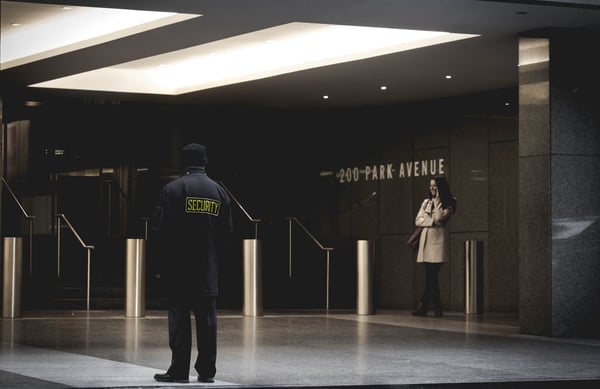 A back door is a covert entry point that provides a secret way into a user's computer unknown to the user. Sometimes programmers create digital back doors into their software programs to go into the program to fix future problems.

An attacker gained access to an application. Concerned that the vulnerability that allowed them to access the application could potentially be discovered and fixed, the attacker modified the application to create a back door for access later.

Multi-factor authentication (MFA) is a method for authenticating in which a user must provide two or more factors for verification. In an MFA environment, a password alone is not enough to gain access. Additional factors are required to prove that the individual is authorized to have access along with the password.

A user is in the process of setting up online access to her bank. After setting a password, she is asked to set up another authentication method such as voice, SMS or an authenticator app. The online banking site has been configured to require multiple steps for authenticating who they claim to be to prevent fraudulent access.

After a user has clicked a link to install malware on their device, the payload is activated and performs any actions programmed by the attacker.

An attacker has created business cards, using a fake name and claiming to provide tech support. He distributes these business cards everywhere he goes. Then, when a user calls with a technical problem, he uses his facade to steal money from the individual without fixing their computer.

The Security Awareness Your Team Needs

Now that you know some high-level social engineering terms, are you ready to learn more about how social engineering attacks happen? Let the world’s once most famous hacker explains to your employees how it all works in his revered presentation, “How Hackers Attack & How to Fight Back.”

An Overview of Kaseya: The “Biggest Ransomware Attack on Record”

If the year 2021 was a cyberattack, we’d have to crown it, “The King of Ransomware.” That’s because this past year has been downright riddled with cyb..

Are you only using multi-factor authentication (MFA) because you've been told over and over that you need to? If you are, you’re not alone. Many organ..