Who is Kevin Mitnick?

Everything You Need to Know About Kevin Mitnick,
the #1 Authority on Hacking, Social Engineering and Security Awareness Training

Famous or Infamous? You Decide. 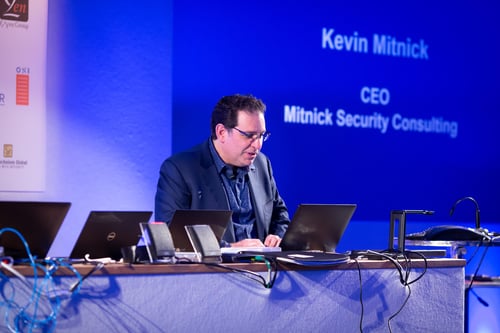 Once upon a time, Kevin Mitnick was the most elusive cyber invader in history— coined by CNN, Fox News and other prestigious networks as, “The World’s Most Famous Hacker.”

The World’s Most Famous Hacker? That’s quite the title, but trust us, it was one well-earned.

All of that began with Kevin’s action-packed rise through the ranks of hackers worldwide, driven by an insatiable curiosity, a passion for seemingly impossible challenges and an unstoppable sense of humor. 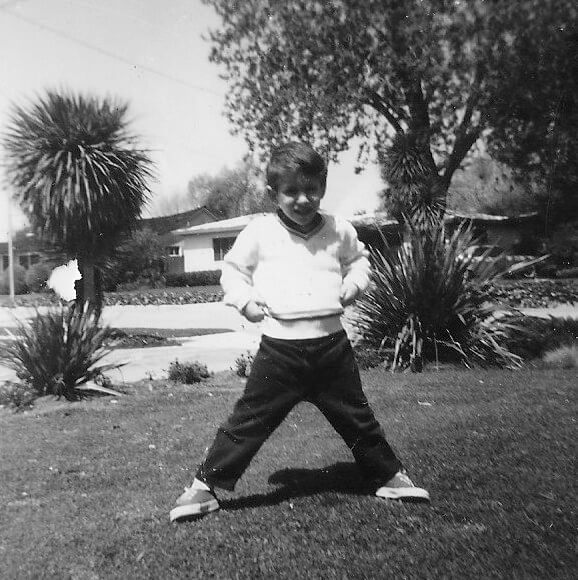 Born Aug 6, 1963, Kevin David Mitnick grew up immersed in the era of newly emerging phone and computer technology. And, boy, did it fascinate him. Kevin spent much of his youth tinkering with the latest tech— gathering with fellow “phone phreaks” over pizza to talk about their latest landline pranks, as the originators of what was soon to become cyber social engineering.

As Kevin grew from a teenager to a young man, so too did his knowledge of phones, computers, and programming, as well as his bravado to gain unauthorized access to the sensitive information they stored. By the late ’80s and throughout the early ’90s, Kevin landed himself at the top of the FBI’s Most Wanted list for hacking into dozens of major corporations, just to see if he could.

But contrary to the dark, low-brow cybercriminal the media and law enforcement portrayed him as, Kevin’s breaches were never meant for financial gain or harm. They were always about the adventure, the adrenaline rush. Kevin was— and still is— a “trophy hunter”: a pursuer of big, shiny prizes, merely to prove he can win. And let’s not forget the sheer humor of outwitting all-things-establishment or arrogant tech-heads.

But unauthorized access is still unauthorized access— regardless of ill-will. For three years, Kevin went on the run, using false identities and fleeing from city to city to resist arrest until cornered in a final showdown with the Feds, who would stop at nothing to bring him down. In 1995, he was finally forced to serve five years of hard time by those who feared the extent of his digital power. 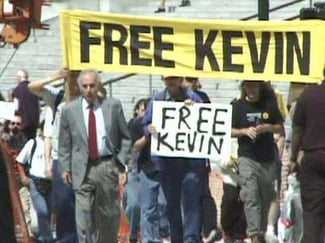 After Kevin’s five-year sentencing, the hacking community revolted against what they called a gross injustice. Many thought, “Doesn’t the FBI have more dangerous criminals to find and prosecute than a mischievous trickster gaining unauthorized access for fun— not felony?”

Eventually, they did indeed free Kevin— but only after 5 years, 8 ½ months of which was in solitary confinement. After his release, Kevin turned a corner. The end of his criminal prosecution was actually the beginning of what would become a lifelong career as a highly-revered and trusted White Hat penetration tester. 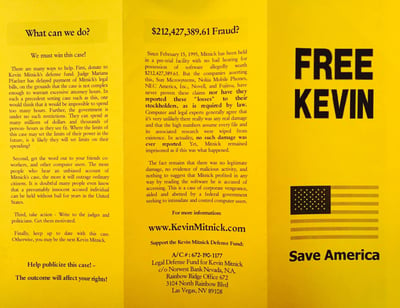 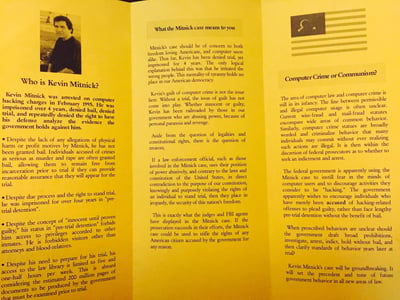 In the end, Kevin’s creativity, skills and persistence, alongside an outspoken, united hacker community vying for his freedom, forced the authorities to rethink the way they pursued cyber breachers. Those ripples brought permanent changes to the way companies and people protect their most sensitive information. Kevin Mitnick’s story became legendary and is the basis for many books, articles, films and TV programs.

Now, Kevin uses his thrill for adventure and cyber know-how to “hack” for the betterment of organization’s across the globe. He and his Global Ghost Team™ are challenged to breach some of the strongest security infrastructures around, mimicking the tactics real threat actors would use to penetrate multi-million dollar companies.

But hacking is far from Kevin’s full portfolio. As one of the originators of digital social engineering, Kevin holds the throne as the leading authority— using his years of experience pioneering cyber “phreaking” to educate major brands on how real-life attackers fool employees via phone, email and beyond. Through keynote speeches and live hacking demonstrations, Kevin pulls back the curtain on the best-kept secrets bad actors use every day to fool us all.

As the world’s leading authority on the topic, Kevin created the security industry’s standard for social engineering testing in his early phone phreaking days. Who better to trust than the OG con artist?

Kevin's sense of humor and insatiable curiosity make him quick on his feet— and even quicker on the keyboard. Invite a virtual or live audience to watch him in action and teach valuable lessons, right before your eyes. 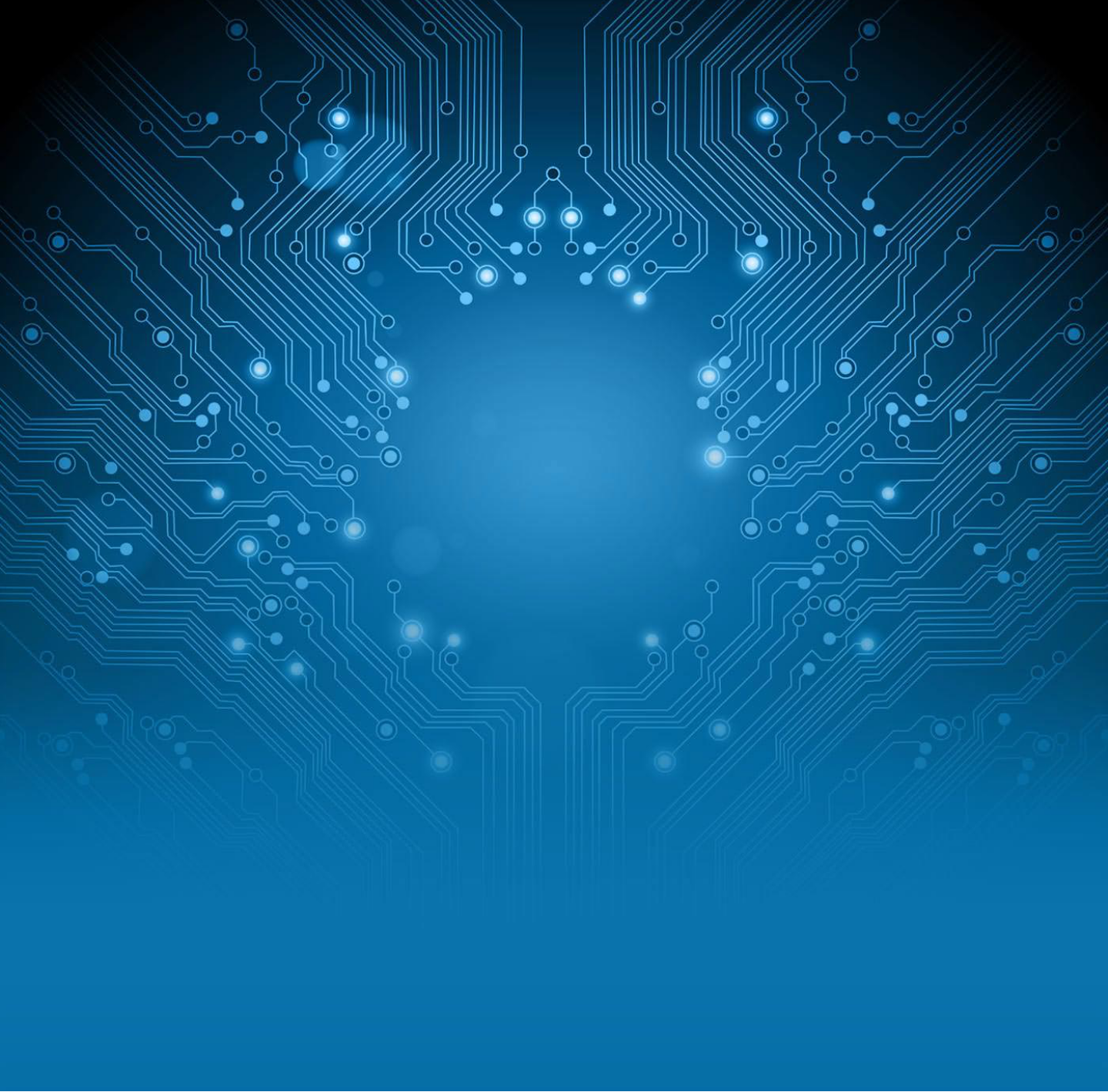 What is Kevin Mitnick Doing Today? 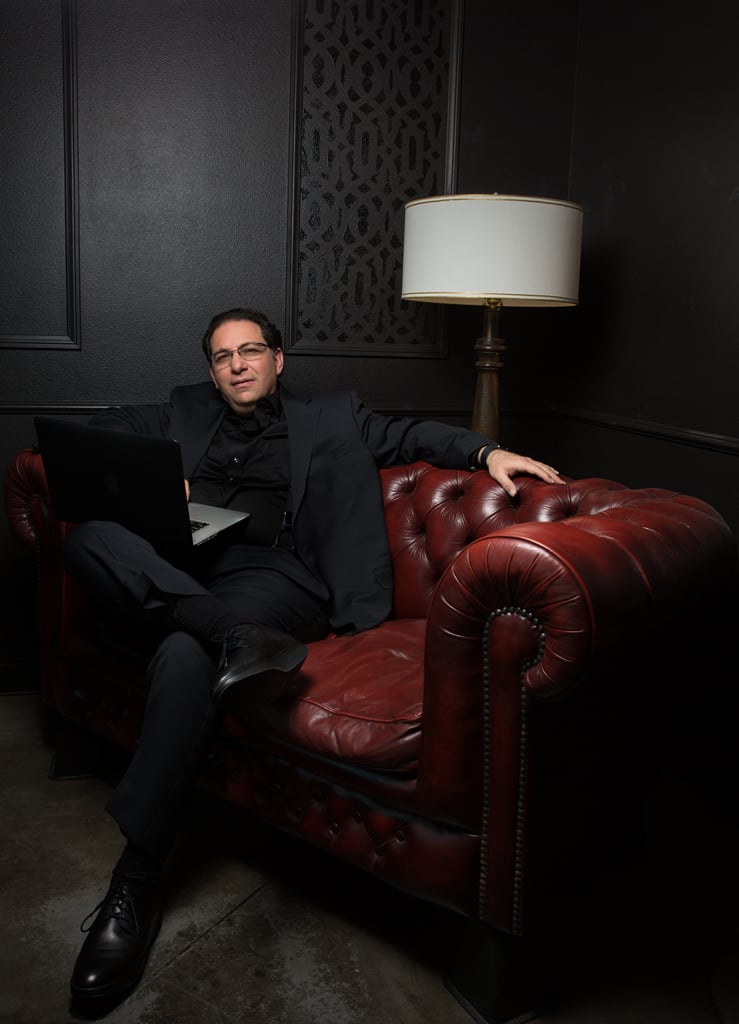 Kevin’s insatiable curiosity, passion for seemingly impossible challenges and an unstoppable sense of humor have helped him remain an authority on all-things-cybersecurity for nearly four decades.

Kevin has become a leader within the information security industry, a best-selling author, renowned security speaker and the CEO of his own team of elite breachers: Mitnick Security Consulting.

Handcuffs long gone, Kevin’s now the trusted security consultant to the Fortune 500 and governments globally. Proudly backed by his Global Ghost Team™, Kevin maintains a 100% successful rate of penetrating any system they’re paid to test, using a combination of technical exploits and social engineering to help strengthen the defenses of esteemed organizations worldwide.

When he’s not leading his penetration forces, Kevin assumes his role as Chief Hacking Officer of KnowBe4— the world's #1 security awareness training and platform. Here, he helps to produce programs designed to train employees about cyber threats at work like social engineering, spear phishing and ransomware.

As if his security testing and awareness training weren’t enough, Kevin also takes his digital “magic” to the stage— both virtually and in-person— as a speaker on all things cybersecurity. His unique storytelling walks the audience through the step-by-step narrative of an attack, and his wit and animated demonstrations make learning about boring “security-talk” truly engaging.

Learn more about Kevin's expertise and his speaking availability.

Kevin’s the proud author of four books, earning him recognition on The New York Times Bestseller’s list. From his thrilling autobiography account of becoming the world’s most famous hacker to his educational content about social engineering and major security threats, his work is just as captivating on paper as it is on screen. 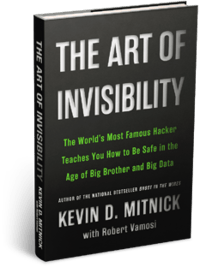 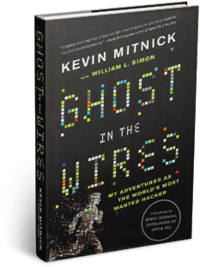 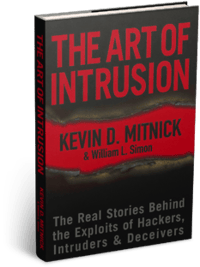 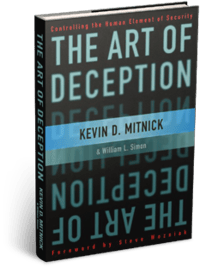 Decades of experience compromising systems makes Kevin an esteemed source of almost everything security. He provides expert witness services for major brands and has been a commentator, security analyst and interview subject for almost every major news outlet around the globe.

Kevin can be seen on popular television programs, educating everyday watchers on cyber threats at large. He’s even had a National Geographic special created about his life, telling the story of his journey from novice teenager phone phreak to the world-renowned penetration tester. 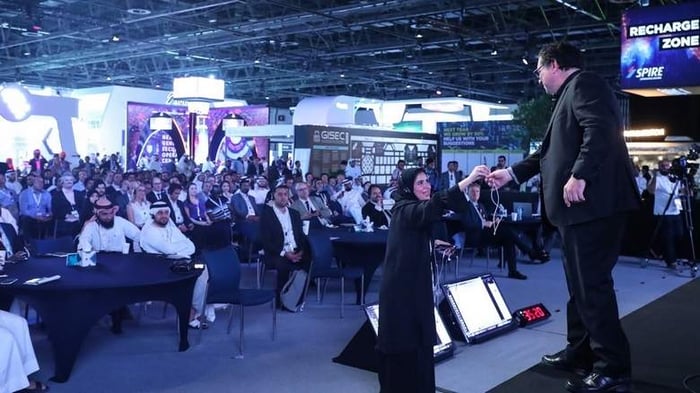 Kevin Mitnick shines brightest in front of a captive audience. His incredible wit and love for magic are why he’s known within the industry as the “Houdini of Hackers.” There’s really no other way to describe his virtual events, webinars and live stage demonstrations; he truly puts on a show.