Ghost In The Wires 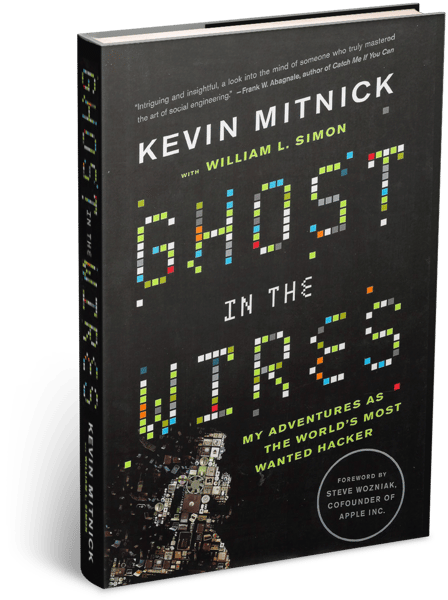 Ghost in the Wires reads like a contemporary über-geeky thriller... For those interested in computer history, Ghost in the Wires is a nostalgia trip to the quaint old days before hacking (and hackers) turned so malicious and financially motivated.

Mr. Mitnick portrays himself as worth rooting for, a savvy master rodent in a cat-and-mouse game, grinning past his whiskers as he stole the cheese from under the nose of the helpless fat cats.

A gripping story... Fascinating and filled with insights.

Intriguing, insightful and extremely educational into the mind of one who truly mastered the art of social engineering with the use of a computer and modern-day technologies. I strongly believe that one can learn a great deal about protecting themselves once they understand how another one perpetrates the crime.

―Frank W. Abagnale, author of Catch Me if You Can

Years ago, I helped put Kevin Mitnick in jail. I now see this made about as much sense as arresting Dean Martin for public drunkenness. Neither of them could stop themselves. Neither was doing any real harm. And, in both cases, watching them struggle with their obsessions was hugely entertaining. Kevin's book is certainly that. Terse and snappy, it reads like Raymond Chandler and provides detailed insight into a time in computer history that already seems quaint. Kevin Mitnick was and is a true Internet pioneer.

Reads like those of Frank Abagnale Jr. and Steven Jay Russell. But Mitnick's has a high-tech twist.

It's the piquant human element that really animates this rollicking memoir of high-tech skullduggery… Mitnick's hacking narratives are lucid to neophytes and catnip to people who love code, but the book's heart is his 'social engineering' - his preternatural ability to schmooze and manipulate.....[a] nonstop caper.

More About Ghost in the Wires

Kevin Mitnick was the most elusive computer break-in artist in history.

He accessed computers and networks at the world's biggest companies--and however fast the authorities were, Mitnick was faster, sprinting through phone switches, computer systems, and cellular networks.

He spent years skipping through cyberspace, always three steps ahead and labeled unstoppable. But for Kevin, hacking wasn't just about technological feats-it was an old fashioned confidence game that required guile and deception to trick the unwitting out of valuable information.

Driven by a powerful urge to accomplish the impossible, Mitnick bypassed security systems and blazed into major organizations including Motorola, Sun Microsystems, and Pacific Bell.

But as the FBI's net began to tighten, Kevin went on the run, engaging in an increasingly sophisticated cat and mouse game that led through false identities, a host of cities, plenty of close shaves, and an ultimate showdown with the Feds, who would stop at nothing to bring him down.

Ghost in the Wires is a thrilling true story of intrigue, suspense, and unbelievable escape, and a portrait of a visionary whose creativity, skills, and persistence forced the authorities to rethink the way they pursued him, inspiring ripples that brought permanent changes in the way people and companies protect their most sensitive information.

Other Titles from Kevin Mitnick 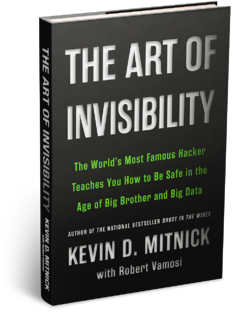 The world's Most Famous Hacker teaches you how to be safe in the age of Big Brother and Big Data. 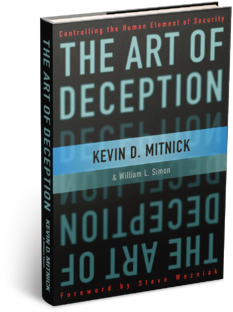 The Art of Deception

Stories of real-life attacks on businesses and governments, Kevin Mitnick shows exactly how humans are used to take down the best security systems in the world